From Tubes to Tennis Rackets 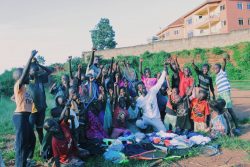 Being the worldwide leading manufacturer and marketer of Tubular Daylighting Devices (TDDs), our team at Solatube International Inc. is used to brightening people’s lives with our energy efficient Tubular Skylights. But today, Solatube is lending support to communities near and far and serving up hope by donating our shipping facility to Second Serve.

Game, set, match! Who knew even more love could be added to the game of tennis?

Second Serve is a youth-run nonprofit organization dedicated to spreading the joy of tennis to underprivileged children and underserved communities. Their mission is to redistribute gently-used tennis equipment to children who are unable to afford their gear.

And with Solatube’s help, their outreach is all the more possible! “Solatube is a giving company. Over the fourteen years I have worked for Solatube International, we always try to help our community in any way we can. When I learned that there was a group of local young women who were collecting tennis equipment to donate to underprivileged kids around the world, but didn’t have the resources to get their shipments where they needed to go, I knew we could help them. Solatube ships to over 120 countries and we have the network to get the donations where they are needed most. Thanks to Solatube’s incredible warehouse manager John Spencer, and his team in the shipping department, the first round of shipments arrived seamlessly and soon more will follow.” In just one month, a large shipment of more than 400 items, including tennis rackets, shoes, bags, reusable water bottles and clothing were sent to underprivileged kids in Haiti, Zimbabwe and Uganda.

“We are so grateful for Solatube’s help! We were having tremendous trouble getting our tennis equipment shipped around the world. When Solatube stepped up, we were finally able to have our shipments arrive with little issues.”

“It’s so amazing to see the smiles on the kids’ faces when they receive the tennis equipment and get a chance to play. It warms my heart to see how big of a difference Second Serve has had.”

Here at Solatube, we are committed to lending support to all of our communities, near and far. During the early months of the pandemic, it was our privilege to manufacture and provide face shields to health care workers across America and provide daylight to sick patients and staff at Tigoni Medical Center in Kiambu, Kenya. 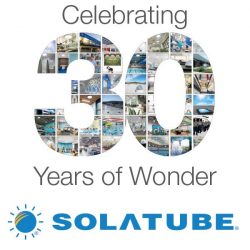